Markets ended last week mixed, falling on Friday as concerns about the debt impasse in Greece outweighed upbeat domestic data. For the week, the S&P 500 gained 0.06%, the Dow grew 0.28%, and the NASDAQ fell 0.34%.[1]

So, what's going on in Greece? For weeks, Greek leaders have been deadlocked in negotiations with creditors over the latest round of debt relief for the troubled country. Greece can't pay its bills and is locked out of traditional credit markets because of its bad economic state. To keep the lights on and the country running, Greece has been relying on financial support from the Eurozone and International Monetary Fund since 2010.[2] In exchange for the financial support, creditors instituted a set of austerity reforms and budget cuts designed to get Greece on sounder financial footing.

These cuts have been widely hated by Greeks, and a new government was elected in January that promised to tear up the credit agreements and end austerity measures. Since then, creditors have refused to lend Greece more money until they agree to reinstate reforms.

Why won't Greece give in to the creditors' demands?

Greece refuses to reinstate austerity measures because they are blamed for shrinking the economy by 21% and driving unemployment to 25% (50% among young workers).[3] The current government would violate campaign promises if it agreed to proposed cuts to the pension system or raised taxes. Greek negotiators have asked for forgiveness of a big slice of previous loans, additional credit that's not tied to austerity measures, as well as access to other sources of funds.[4] Will they get all these things? Probably not.

Why won't Greece's creditors end the call for austerity measures?

Currently, Greece owes nearly twice its annual economic production in debt. Creditors want to institute spending cuts and tax increases to reduce its debts. Though they might be willing to restructure Greece's debts in future negotiations, they don't want to embolden populists in other countries by caving to Greek demands. They are taking a hard line in negotiations because they believe that the Eurozone is in better shape to handle a Greek default.

What will happen if talks fail?

It's hard to know for certain how this game of chicken will play out. If negotiators fail to come to an agreement by the end of the month, the credit deal will expire and Greece will default on its debts (though it may use some extension provisions to avoid a formal default).

The risk that everyone's worried about is that of a Greek exit from the Eurozone, or "Grexit." Since the European Union's inception, no country has left the currency or political union. The current situation will help define the future of the EU. Economists and EU leaders are worried about questions like:

For U.S. investors, problems in Europe would be felt in U.S. exports (since Europe is a major trading partner), international exposure in portfolios, and as another factor in global economic growth. Right now, the U.S. economy appears to be doing well, so it's unlikely that economic contagion would spread. Though financial markets would likely react badly to a Grexit, we can hope that positive domestic fundamentals would bring investor sentiment back. Though we can't predict market movements, we're watching the situation closely and will let you know if we feel any prudent adjustments need to be made.

This week, investors will be closely watching the Federal Open Market Committee meeting on Tuesday and Wednesday for clues about the Fed's next steps. Realistically, Wednesday's announcement will probably reiterate the Fed's wait-and-see approach to the economy. We'll keep you updated.[5]

Consumer sentiment jumps in June. A strengthening job market spurred American confidence in the economy, driving up a measure of consumer sentiment. This data suggests that the stage is set for stronger growth this quarter.[7]

Job openings hit 14-year high in April. The number of open positions climbed by the most since 2000, indicating that the labor market continues to gain ground.[8]

Retail sales jump in May. In another positive sign for the economy, retail sales surged by 1.2% in May as Americans increased their purchases of automobiles, furniture, and other big-ticket items.[9]

Investing involves risk including the potential loss of principal. No investment strategy can guarantee a profit or protect against loss in periods of declining values.

Diversification does not guarantee profit nor is it guaranteed to protect assets.

The Standard & Poor's 500 (S&P 500) is an unmanaged group of securities considered to be representative of the stock market in general.

The Dow Jones Industrial Average is a price-weighted average of 30 significant stocks traded on the New York Stock Exchange and the NASDAQ. The DJIA was invented by Charles Dow back in 1896.

The Nasdaq Composite is an index of the common stocks and similar securities listed on the NASDAQ stock market and is considered a broad indicator of the performance of stocks of technology companies and growth companies.

The MSCI EAFE Index was created by Morgan Stanley Capital International (MSCI) that serves as a benchmark of the performance in major international equity markets as represented by 21 major MSCI indexes from Europe, Australia and Southeast Asia.

The Dow Jones Corporate Bond Index is a 96-bond index designed to represent the market performance, on a total-return basis, of investment-grade bonds issued by leading U.S. companies. Bonds are equally weighted by maturity cell, industry sector, and the overall index.

Opinions expressed are subject to change without notice and are not intended as investment advice or to predict future performance.

Past performance does not guarantee future results.

You cannot invest directly in an index.

Consult your financial professional before making any investment decision.

By clicking on these links, you will leave our server, as they are located on another server. We have not independently verified the information available through this link. The link is provided to you as a matter of interest. Please click on the links below to leave and proceed to the selected site. 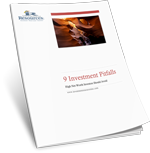 The Week on Wall Street Shrugging off COVID-19 infections and the disruption at the Capitol on January 6, stocks powered higher to kick off a new year of trading.The Dow Jones Industrial Average gained 1.61%, while the Standard &...

The Week on Wall Street Stocks moved higher during a holiday-shortened week of trading, capping off a turbulent, but otherwise strong year for equity investors. The Dow Jones Industrial Average gained 1.35%, while the Standard &...

The Week on Wall Street Stocks climbed higher amid the COVID-19 vaccine rollout and an improving outlook for a fiscal stimulus bill.The Dow Jones Industrial Average, which has lagged all year, gained 0.44%. The Standard & Poor’s 500...